stLuna: The Next Generation of Liquid Staking on Terra 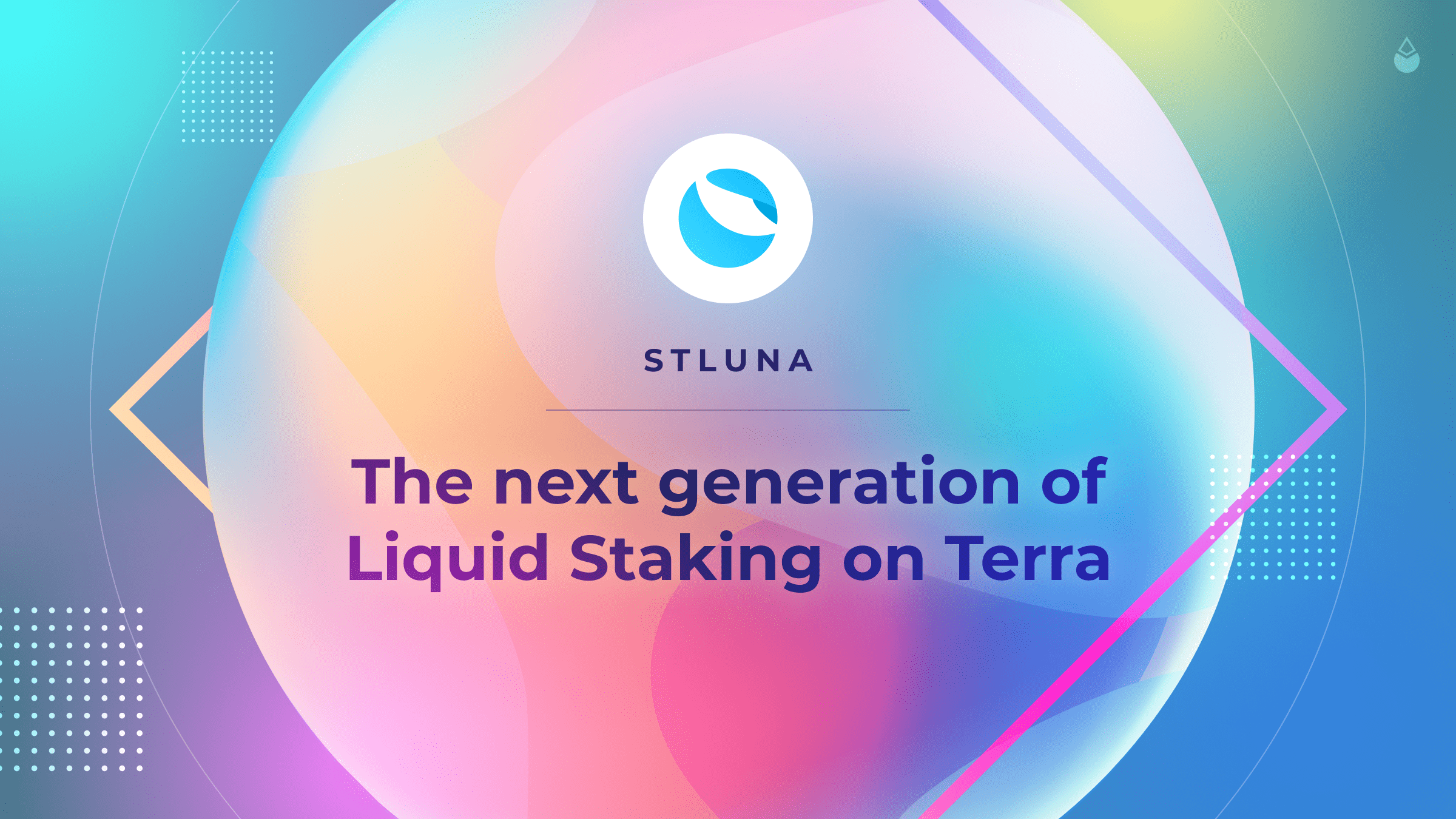 TLDR (who has time to read long posts nowadays?)

Lido makes an upgrade of bLuna on Terra. The upgrade aims to increase Terra's liquid staking utility and decentralization. The main outcomes of the update are:

Terra Autumn is still not over and it wouldn't be complete without the upgrade of the main liquid staking protocol of the Terra blockchain. This post is going to uncover the changes to be made, the reasons for such changes, and the benefits of the new protocol version.

Why the need for an update?

bLuna's release was a big step for staking on Terra. It added the liquid staking mechanics to the Terra blockchain and made staking more user-friendly; it was also crucial for launching the Anchor protocol.

At the moment, the user of the protocol has the ability to choose which validator will get the delegated Luna. Many users tend to choose validators with most delegations.

This leads to a situation in which the distribution is extremely imbalanced. So, for now, the top-2 validators have nearly 60% of delegations. With 20% of overall staked Luna staked through bLuna, it leads to decreasing the decentralization level of Terra network.

Unwieldy for using in DeFi protocols

bLuna's rewards have to be claimed by the users by interacting with the special smart contract. Any DeFi protocol that wishes to have an integration with bLuna needs to deal with the rewards claiming mechanism. It makes the integration process more complex and opaque.

Unwieldy for using in bridges

bLuna's rewards have to be claimed by the users by interacting with the special smart contract. Any DeFi protocol that wishes to have an integration with bLuna needs to deal with the rewards claiming mechanism. It makes the integration process more complex and opaque.

Unwieldy for using in LP

The rewards claiming mechanics also make bLuna less profitable when used in liquidity pools. While bLuna is locked in a liquidity pool, the rewards are distributed to the pool’s smart contract. That means that users are losing their rewards if they choose to become liquidity providers.

Because of that, the liquidity pool for bLuna is shallow. That led to a possible losing peg between bLuna and Luna. An example is liquidations on Anchor protocol that lead to a lot of bLuna-Luna exchanges made on TerraSwap. Because the cap was too small for that many deals, the bLuna price dropped to 0.88 Luna for 1 bLuna. The Anchor protocol made a set of fixes that prevent such situations, but new DeFi protocols could discard them and keep the bLuna/Luna peg brittle.

The way to make it better

Lido team reworked the protocol to keep the power of bLuna and expand the horizons of using liquid staking on Terra. It was achieved by slightly changing the bLuna token architecture and adding the new token — stLuna.

stLuna is a bullish Luna. stLuna and bLuna are ruled by a joint set of smart contracts. So, bLuna and stLuna are tokens that represent the same thing — staked Luna. The main distinction between them is that bLuna's rewards have to be claimed from the rewards contract and stLuna's rewards are automatically compounded. So, bLuna's price is pegged to Luna's price and stLuna's underlying amount of Luna is increasing as staking rewards are accrued.

The stLuna - bLuna conversion will permanently move towards "more Luna for 1 stLuna" as stLuna staking rewards are auto-compounded and stLuna represents the share in the stake. stLuna mechanics are more like Lido's wstETH here, so the difference will grow over time.

The benefits of the new version

The new protocol version is going to have a lot of benefits. Here they are:

The new version of protocol keeps delegations distributed evenly among all the validators in the whitelist. The user won't have the ability to choose a validator. It means that both the protocol and Terra ecosystem become more decentralized.

Because of the huge delegation distribution imbalance, it's hard to fix it in a "natural" way (i.e., with new delegations alone). So we made the decision to perform an artificial stake flattening. All current delegations are going to be distributed among the validators evenly after the new version of protocol deployment. The details of the process are going to be published in the nearest future. The redistribution process will be spread over time to give our validators the time to process the changes.

The current top-7 validators on Terra:

Top-12 validators on Terra if the flattening would happen right now:

Inb4: of course, stake flattening is not the best solution for decentralization. Validators have different uptime, different community participation, and so on. It would be fair to distribute the stake taking into account these features.

We're working on that and the current step is made to fix the current issues with delegations.

Making the rewards being automatically re-staked makes the stLuna token more usable in DeFi protocols. Integration became much easier because any other protocol doesn't have to deal with rewards: stLuna underlying Luna amount just increasing with time (in case there are no slashing events).

3. stLuna is good for liquidity pools

Liquidity pools work perfectly with stLuna because of the same reasons as with DeFi protocols: they don't need to deal with rewards claiming mechanics. While stLuna and bLuna are interchangeable, it makes bLuna liquidity better (see "Instant bLuna-stLuna conversion" section for details).

The frequently asked question is "what will happen with the bLuna-Luna pair?".

With stLuna, no rewards need to be passed through the bridge. One can easily get the stLuna/Luna exchange rate and understand how many Lunas he or she can get for the amount of wrapped stLuna they have.

Because bLuna and stLuna are ruled by a joint set of smart contracts, it is possible to convert bLuna to stLuna and vise-versa with one smart contract call. It means that bLuna holders don’t need to unbond their Luna or sell bLuna on the market to get stLuna: they can make the exchange directly with the smart contract with no commission (except transaction fees and bLuna peg fee, which is zero if there were no slashing). Same for holders of stLuna that want to get bLuna.

The big thing is that because stLuna and bLuna are interchangeable, there is no need to keep liquidity pools for both tokens: the liquidity pool for stLuna is enough to have to provide liquidity for both tokens. Even if there are no pairs for bLuna/Luna is present, the bLuna could be instantly swapped to Luna in two possible ways:

The webapp with the necessary functionality to make bLuna-Luna swap handy is to be released.

No, not at all. stLuna is just added to bLuna as an alternative representation of staked Luna. So when bonding your Luna with Lido you can choose what type of asset you want to receive: bLuna or stLuna. For example, you'll need bLuna for Anchor and stLuna for Mars. Or you can exchange any amount of your bLuna to stLuna (and vise-versa) directly using Lido’s smart contracts (and no DEX is needed for it).

When is the release?