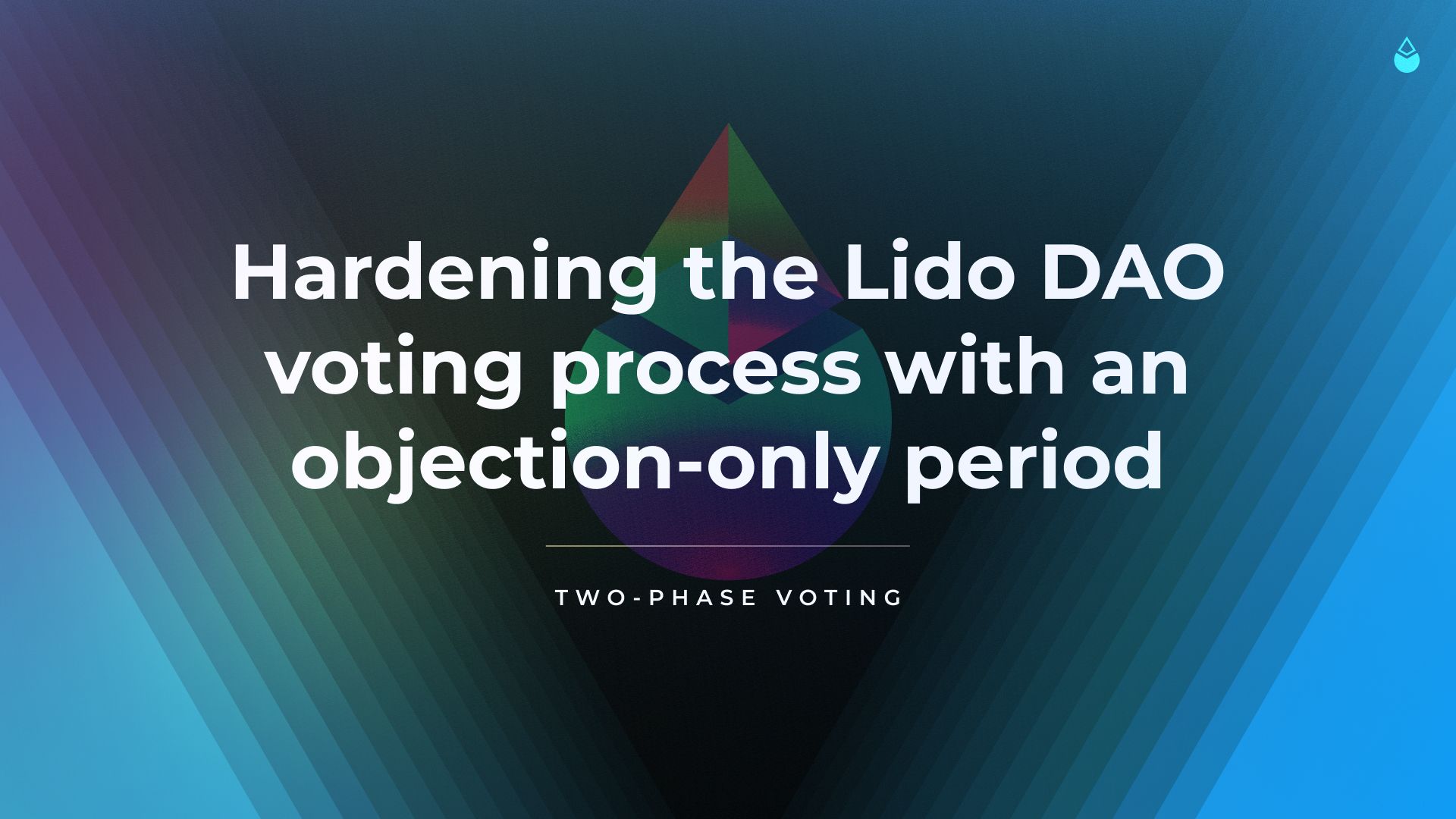 There are several risks for governance in the world of DeFi protocols. The Lido DAO thinks every day about how to avoid protocol capture and how to improve our governance process.

Among other measures to mitigate threats tracked on the Lido on Ethereum Scorecard, we mentioned the concept of a Timelock as a significant safeguard:

Currently, there is no timelock between DAO vote finalization and execution.

Now that the DAO has voted to proceed with this, it’s time to do it!

About The Lido DAO Voting Process

There are two requirements for a vote to pass:

Consider the following hypothetical situation, which is of concern:

We believe we have found a solution that is both elegant and striking in its simplicity and as far as we are aware, this idea hasn't been implemented anywhere before.

How Does It Work?

On-chain voting in the Lido DAO lasts 72 hours. The essence of our solution is that we divide these 72 hours into 2 parts:

This schema prevents the specific scenario of “last block vote hijack”. Even if the votes sent in the last block before the end of the main phase changes the result of the vote to 'for', Lido DAO members have the 24-hour objection phase to vote against.

Votes usually choose between a 'do something' and a 'do nothing'. We believe that in the classical implementation, without the Objection phase, those who support changes are in a better position. On the last block, they have open information and then they can make the outcome of the vote the way they want. Those who want to 'do nothing' usually do not vote if the proposal does not have support anyway and wait for the end. Now those who oppose the proposal also have access to open information and can vote against' rather than abstain 'against'.

There are some concerns that remain when using a two-step solution, but neither of them are as dangerous as the 'last block vote hijack' scenario that affects the current governance process.

A two-phase voting schema allows us to have timelock + veto-like behavior for votes. This way, in case something bad happens, the community will have 24 hours during the timelock to react.

This is an important step for Lido DAO to harden its governance process and mitigate against protocol capture or damage. It is an important safety measure that is part of a broader effort that also includes a novel  “dual governance” proposal that is also currently live on the research forum. We welcome your views and feedback on that topic too.