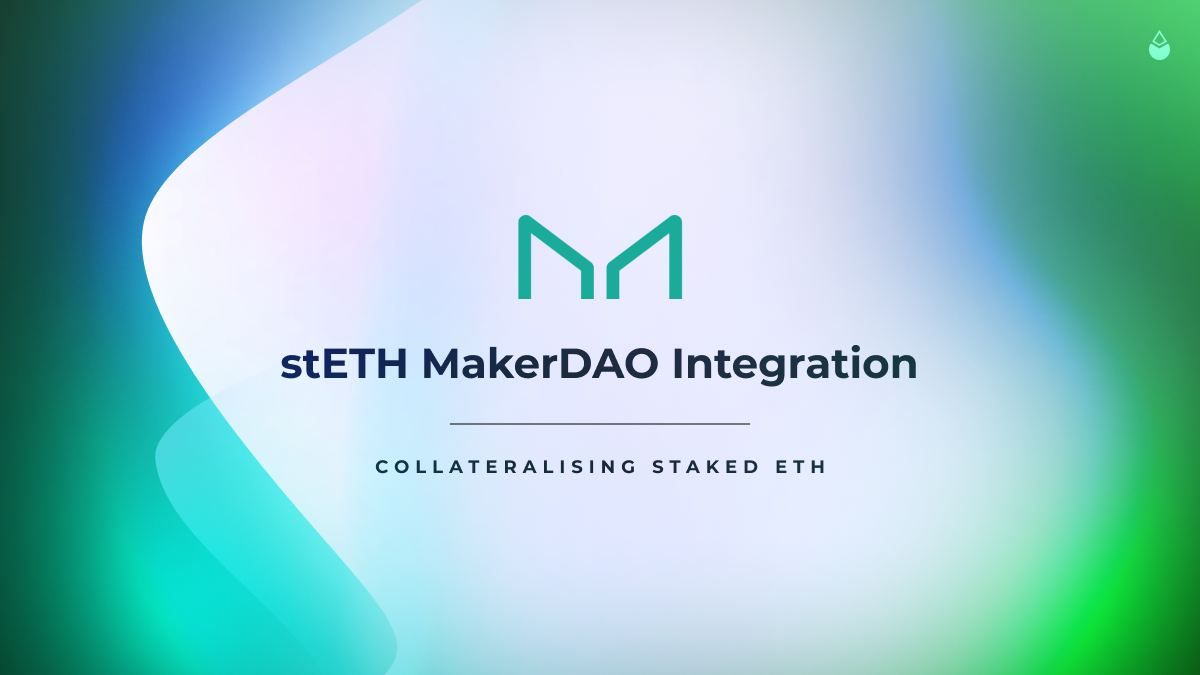 MakerDAO, the founding DAO behind the decentralised Dai stablecoin, has successfully integrated Lido’s wstETH token as a collateral asset on the Maker protocol. The integration allows Maker users to deploy their wstETH as collateral to mint DAI, leverage liquidity positions and maximise their Ethereum staking rewards across the DeFi space.

Lido’s stETH, built on the Ethereum network, lets users earn daily staking rewards on the beacon chain without having to lock up their ETH tokens and maintain staking infrastructure. stETH works as a staking token, distributed to users upon depositing ETH into the Lido staking contracts.

Deposited ETH is pooled and staked with a distributed set of experienced node operators handpicked by the Lido DAO. Upon transactions being enabled on the Ethereum beacon chain, stETH can then be redeemed for ETH and accumulated rewards, ultimately letting users earn a return on their tokens. As a staking token, stETH can be freely held, traded and deployed across various DeFi integrations to further strengthen the ecosystem.

“The biggest reason against holding stETH used to be the opportunity cost of not being able to use it in Defi. This changes with the Maker integration, which allows anyone to stake their ETH and use it as collateral in a top Defi protocol at the same time.

For the future, I am hopeful that other lending protocols like Compound and Aave will follow Maker's lead and create more opportunities for holders of stETH. Maybe even for LPs in the stETH/ETH Curve pool, who knows?"

MakerDAO is a decentralized autonomous organization run and managed by MKR token holders dedicated to bringing stability to the crypto economy. MakerDAO is the project behind Maker Protocol, which issues Dai, the world's first decentralized stablecoin on the Ethereum blockchain. Dai eliminates volatility through an autonomous system of smart contracts, specifically designed to respond to market dynamics.

Launched in 2017, the original Dai (now Sai) has successfully maintained a soft peg to the US dollar, which later became the now widely-used multi collateral Dai in November 2019.

With a presence on numerous cryptocurrency exchanges, multiple partnerships with global supply chain companies, and agreements with organizations serving non-government agencies, MakerDAO is unlocking the power of the blockchain to deliver on the promise of economic empowerment today.

To create or manage your wstETH collateral position you can use the UI put together by DeFiSaver.

To track MakerDAO wstETH statistics, including minted Dai, utilisation rate and more, visit daistats.com/#/collateral and find the wstETH section as pictured below.

More comprehensive guides are to be published on the Lido knowledge base in the coming days - stay tuned.