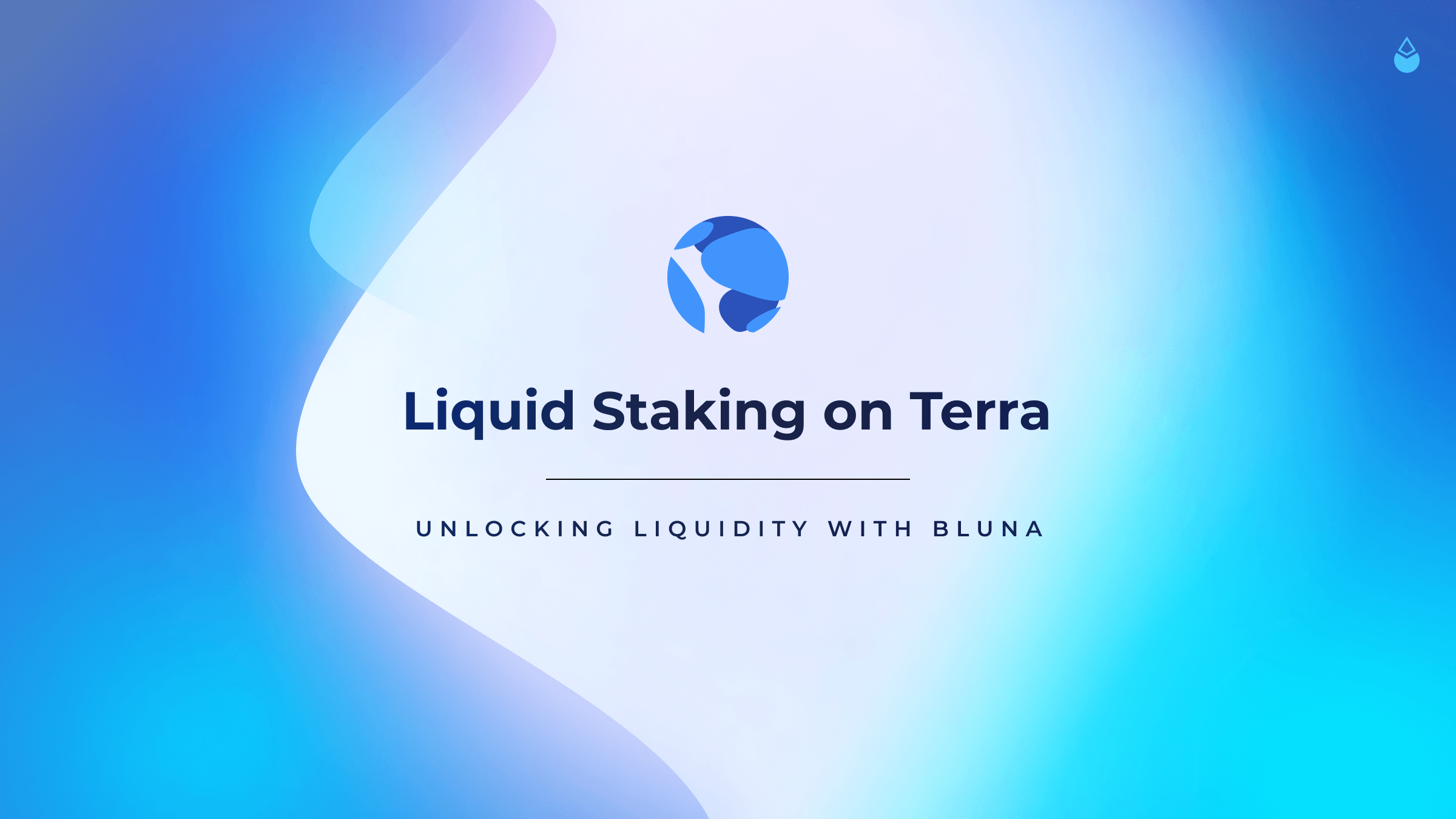 Unlocking Liquidity With Lido and bLUNA

Lido is pleased to introduce the launch of liquid staking on Terra.

To get started, visit app.anchorprotocol.com.

Through bLUNA, Lido works to let users stake their LUNA to earn staking rewards without compromising the ability to transfer and use their tokens in Terra specific DeFi protocols. Amongst other things, this works to:

Our vision with Terra is to facilitate a more secure, sustainable network built around active participation from token holders.

Many future DeFi protocols may develop on top of Terra, which would allow for further bLUNA composability.

There exists a number of reasons as to why Lido and Terra are joining forces. The synergies between Lido and the protocols built by the Terra team made this a natural development, with the implementation of bonded assets (more on this below) being something which suits Lido perfectly.

Additionally, Terra represents a uniquely exciting gateway to the Cosmos ecosystem, paving the way for further expansions for the Lido DAO.

The bLUNA token is the first liquid staking derivative available as collateral on Anchor. Anchor Protocol allows Terra stablecoin deposits to earn stable yield, powered by block rewards of leading proof-of-stake blockchains. Amongst other things, Anchor makes use of bAssets - bonded assets which represent tokenized ownership of a PoS asset.

Like its non-bonded counterpart, bAssets allows the token holder to receive block rewards earned through staking. On the contrary however, bAssets are both transferable and interchangeable. This is where bLUNA comes in.

bLUNA is a token that represents staked LUNA. Tokens are minted upon deposit and burned when redeemed. bLUNA tokens are pegged 1:1 to LUNA, staked with a validator from a white list, and accrue UST-denominated staking rewards on Terra. bLUNA allows holders to transact with their staked reward-earning asset and thus allows for staked LUNA to be used across financial instruments, including being used as collateral on Anchor.

Control of bLUNA is initially handled by the Terra team but will be transferred to the Lido DAO in the coming weeks. Lido’s governance token (LDO) will still be used to govern the Lido protocol, and will also expand to the realm of Terra, where token holders will vote in Luna specific protocol parameters (fees, validators, etc).

We are incredibly excited to support the Terra ecosystem and to provide bLUNA tokens as a way of empowering individuals and protocols across Terra.

We believe that this represents a fundamental piece of infrastructure for the Terra ecosystem. If you’d like to join Lido on this journey, email us: [email protected].