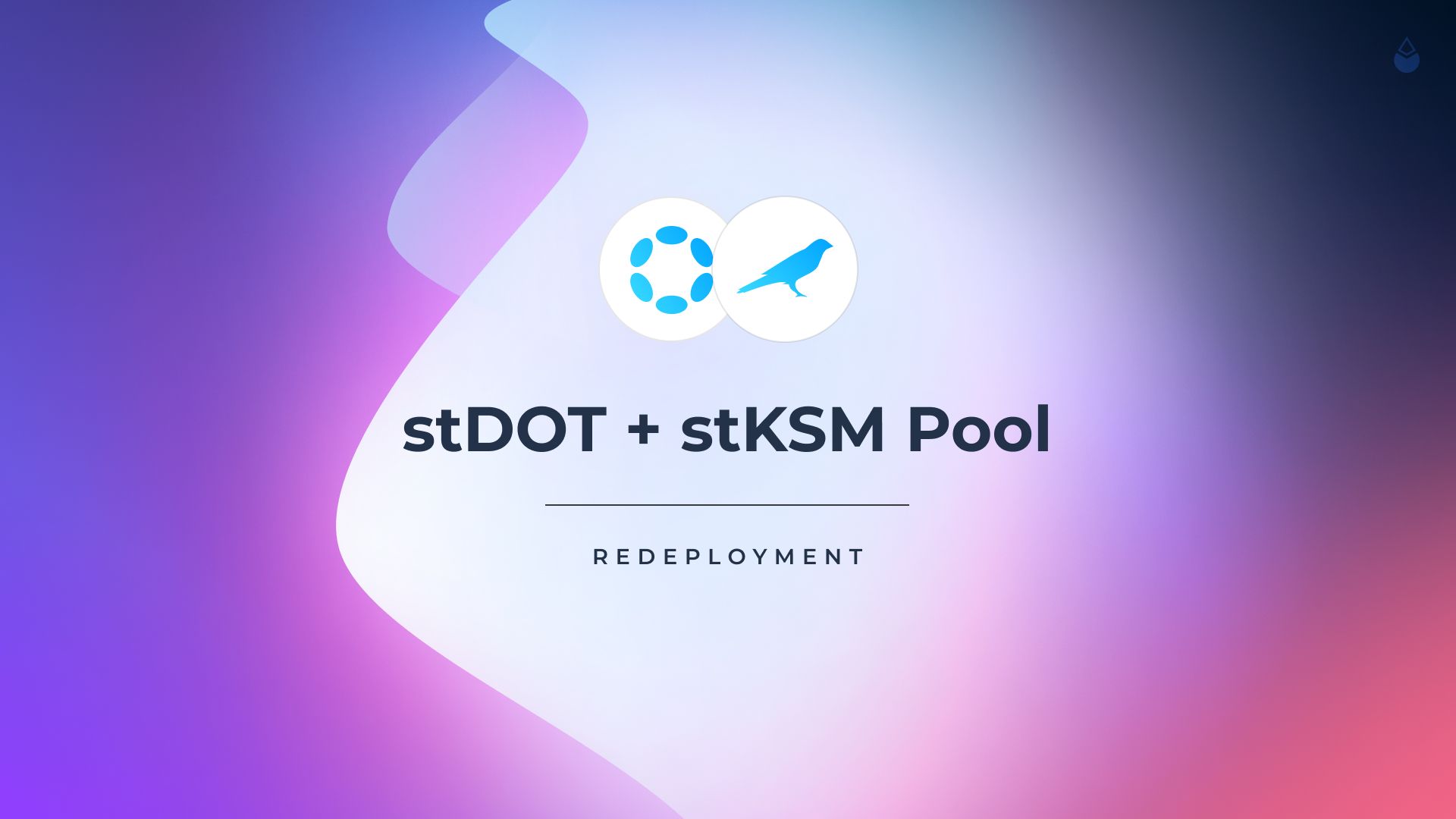 New stDOT-xcDOT and wstKSM-xcKSM AMM stable pools on Curve and Solarbeam should be deployed to fully support Lido staking rewards.

On the 2nd of August after studying numerous user reports we got confirmation from respective teams that both stDOT-xcDOT Curve pool and stKSM-xcKSM pool on Solarbeam are not working exactly as expected in terms of accruing staking rewards.

Using uint256[] balances array for all calculations like adding/removing liquidity and swap — do not accumulate rewards. That leaves the pool without any idea about rewards. All stDOT and stKSM balances changes due to rewards don't change uint256[] balances array. Only getAdminBalance function uses balanceOf function and accounts stDOT and stKSM rewards. Here is the proper pool type code: https://github.com/curvefi/curve-factory/blob/master/contracts/implementations/plain-2/Plain2Balances.vy

We have launched a new pool which supports rebased stDOT tokens. It is still an stDOT-xcDOT pair. After one week of new pool working we’ll add undistributed Lido staking rewards into that new pool. That will make stakers receive their rewards close to expected. Make sure to stake in the gauge to receive all rewards. We’ll also then increase LP rewards for a while as a compensation for that inconvenience.

We’ll get a new pool here as well soon. It will have wstKSM-xcKSM pair since stKSM is rebased and not supported in Solarbeam yet. That will also be a UNI v2 type pool, which means it is not a stable one. We’ll add more about that approach and get more details in a separate post.

After one week of new pool working we’ll add undistributed staking rewards into that new pool. Make sure to stake in the farm for the first week to receive outstanding Lido staking rewards.

Since the underlying mechanics lead to the fact some staking rewards were already distributed to veSOLAR holders, there will be additional rewards added on top of new pool to fit stakers expectations as well as some as compensation.

We are sorry our stakers faced this issue and thankful for them to share and provide us details and support along this case. If you have any questions please feel free to reach out to us in the Discord channel.