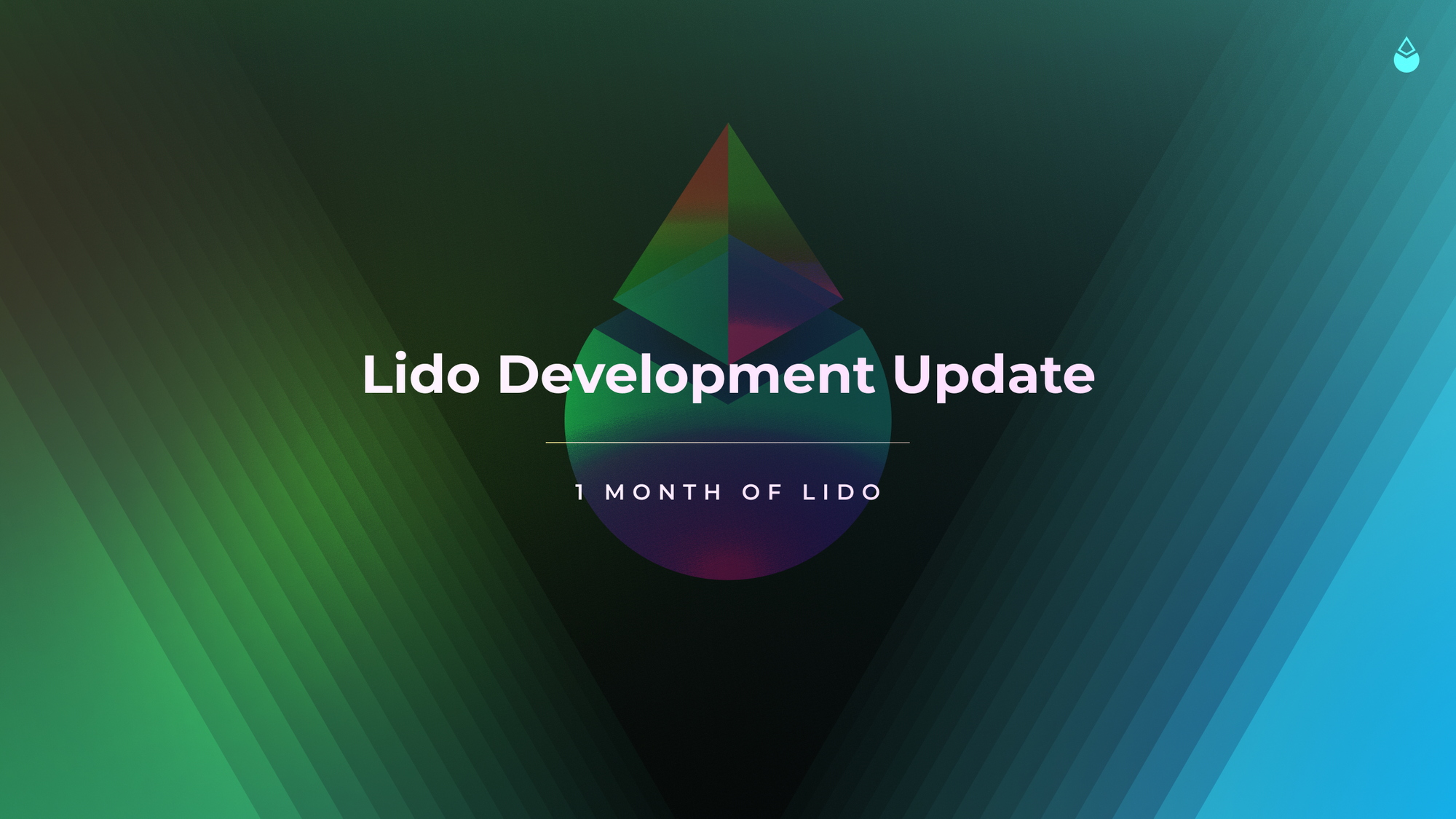 Today marks the one month anniversary since the launch of Lido. 🏝️

It has been an amazing month and we have been overwhelmed by the continuous support we have received from the Ethereum community.

Below we have collected a few of the most exciting developments which have taken place over the past month.

It has been exactly one month since we launched liquid Ethereum staking using stake.lido.fi.

The process is simple - instead of running complex validation infrastructure, stakers can send their ETH to the Lido smart contracts to manage staking for them. In exchange, users receive stETH - a token representing their staked ether - which they can send and trade as they would any other token. stETH undergoes a balance rebase daily (at 12pm UTC) where a user's balance is updated with their Ethereum staking rewards.

The feedback since launch has been fantastic and we are eager to build upon this initial success.

A core aspect of Lido and stETH is the multitude of integrations which offer stakers additional rewards on their staked ether. With these integrations, users can participate in the DeFi ecosystem whilst still accruing Eth2 rewards earned from staking during Phase 0.

The Lido DAO launched last month and has been actively voting across a number of topics. Stop by research.lido.fi to share your thoughts on our governance discussions and don’t hesitate to chime in if there’s a topic you find relevant.

It’s been a thrilling month and there are no signs of Lido slowing down. There are a lot of exciting things to come in the month ahead with a focus on integrations and growing the liquidity infrastructure surrounding stETH.

In the meantime, head to Curve to purchase stETH at a slight discount and contribute liquidity to the Lido ecosystem. In case you missed it, check out our guide to using Curve: How To: Providing stETH liquidity via Curve.