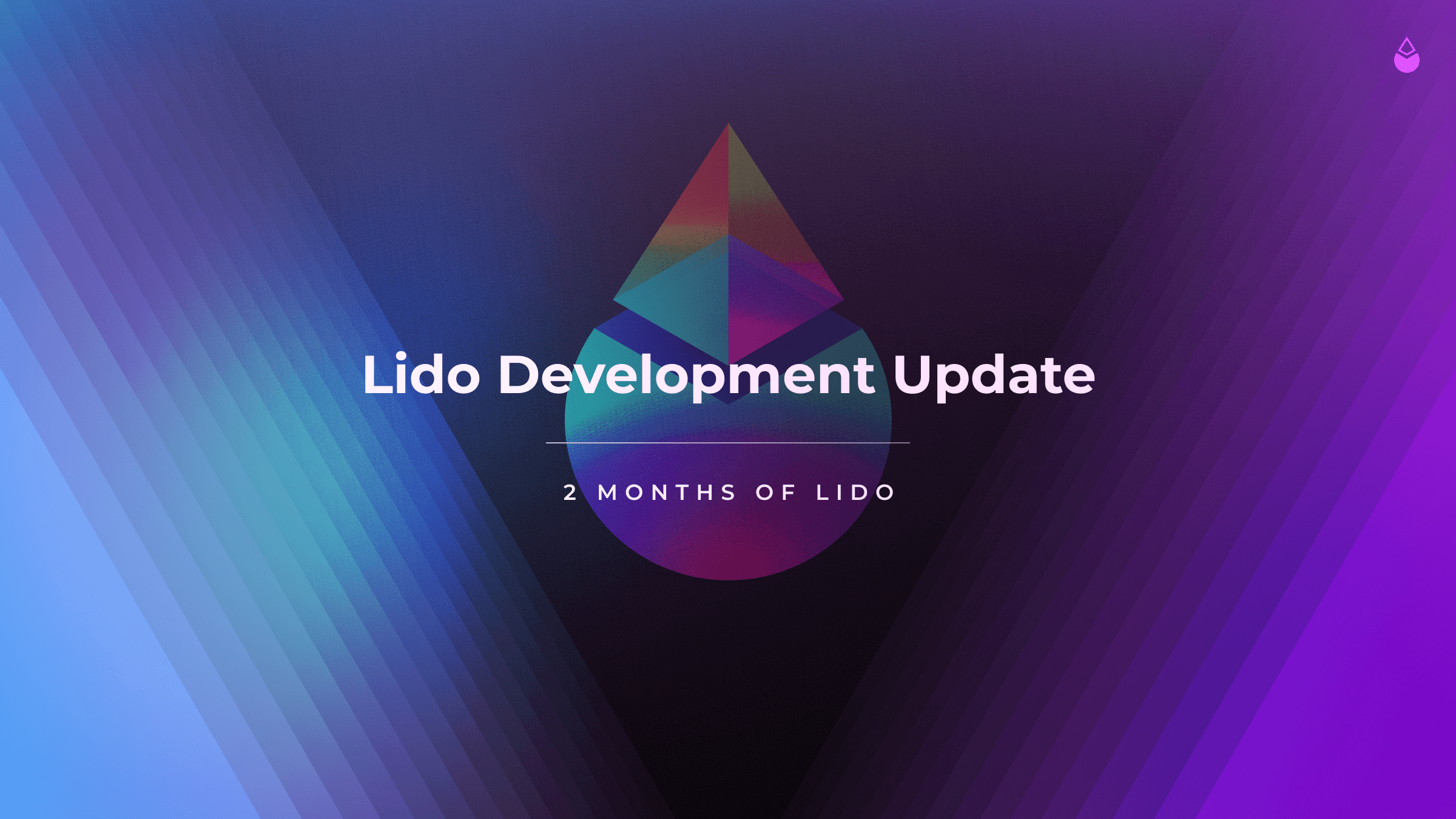 It’s now been two months since we launched liquid staking with Lido.

When you stake your Ethereum with Lido you receive an equivalent amount of stETH which acts as your staked ETH balance. Your stETH balance changes daily - at 12pm UTC - to reflect your staking rewards and earnings. Using stETH, Lido allows you to unstake your Ethereum at any time, as well as use your staked ETH across other DeFi protocols - Yearn, Curve, 1inch, to name a few - for additional yields.

A fundamental mission at Lido is to remove the need to choose between Ethereum staking and DeFi. Through integrations with key protocols and applications throughout the DeFi space, we’re allowing stakers to put their staked Ethereum to use to further support the Ethereum community and help grow its use-cases.

We are incredibly proud of the wide range of integrations which already exist - just two months in - and we look forward to building on this initial success.

All active and past votes can be tracked via mainnet.lido.fi.

Many integrations and developments have been achieved this month with Lido, and many more are to come in the following months. We are expanding our reach to more teams and to more protocols which will help push the respective protocol and Lido forward, creating new innovative ways stETH may be used in the DeFi ecosystem.