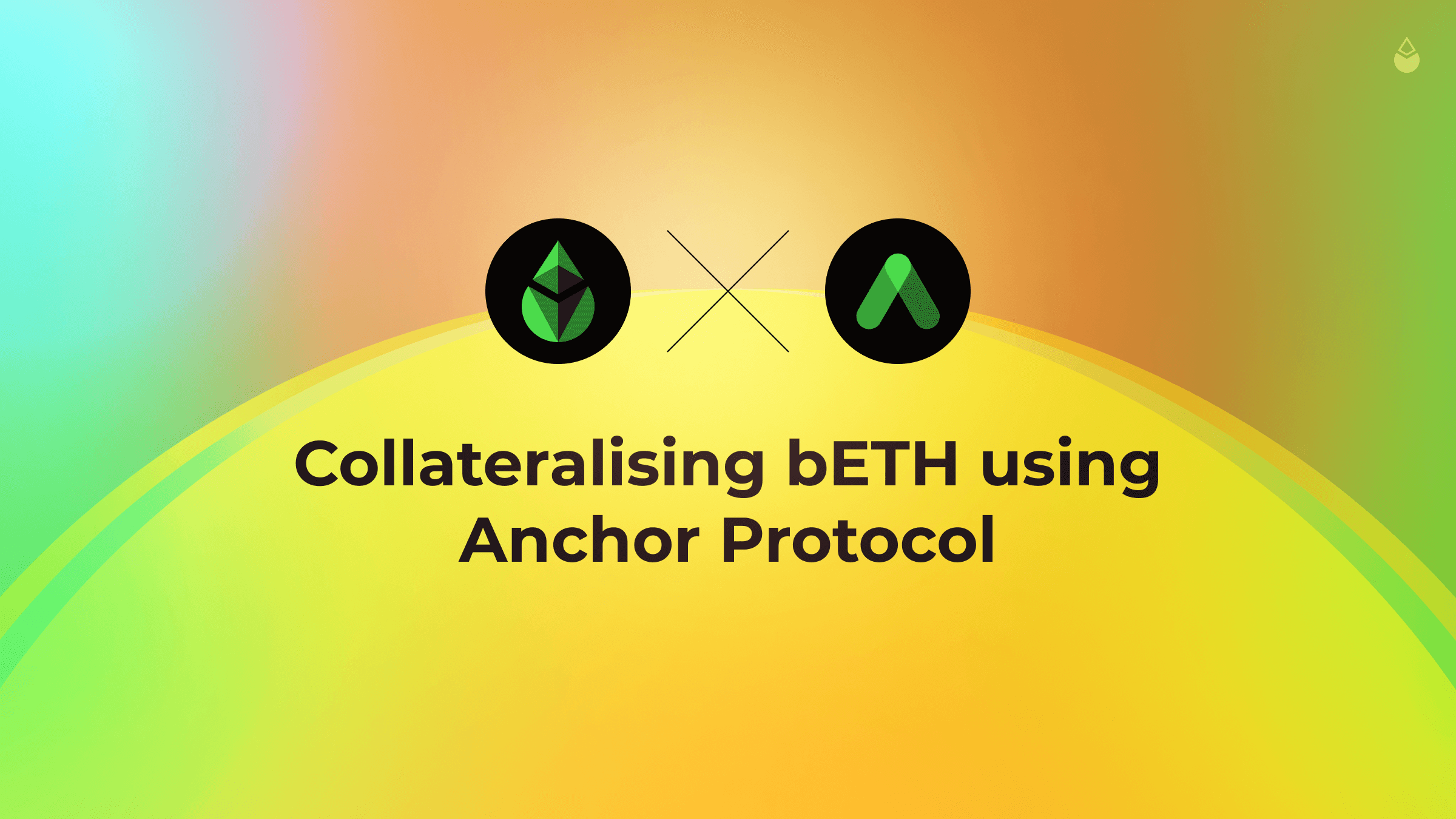 With the launch of bETH on Anchor, ETH stakers can now collateralise their stETH (in the form of bETH) on the Terra blockchain - in effect, allowing stakers from one blockchain to participate in another blockchain in an efficient manner.

To wrap your stETH to bETH, visit anchor.lido.fi.

To deploy your bETH on Anchor, visit app.anchorprotocol.com/earn.

What is Anchor Protocol?

As a protocol capitalising on staking rewards across a universe of blockchains via bAssets (bonded assets), Anchor’s upcoming move to bring bETH as a collateral option on Anchor not only grants stETH holders increased opportunities via access to collateralised lending and Anchor liquidity mining rewards -  increasing Anchor TVL via the flow of stETH liquidity - but also significantly diversifies Anchor’s asset bucket, bolstering Anchor’s sustainability in the long term.

bETH is a token that represents stETH tokens on the Terra blockchain. Unlike stETH which rebalances daily, the balance of bETH remains constant, similar to a wrapper (wstETH, for example).

If bETH is deposited as collateral to Anchor, rewards from staking accrued by Anchor Protocol are earned by the Anchor Protocol. Rewards will be distributed in ANC (~31% APR at the time of writing) as incentives to borrowers.

How to wrap bETH

To get bETH, you will first need to have ETH or stETH which you can wrap. The wrap process accepts either (either Ether, get it?). Visit Anchor.lido.fi to convert your ETH/stETH to bETH.

How to use bETH on Anchor

Once bETH is deposited as collateral to Anchor, all staking rewards accrued by Anchor Protocol are then distributed to aUST holders. ANC tokens are rewarded as an incentive for borrowers. As it stands currently, users are actually getting rewarded to borrow!

Additionally, the addition of bETH will serve to bolster UST demand, as stETH staking rewards will be converted to UST prior to distribution.

7. You now have UST, which you can use to your liking.

8. You will be paying borrowing APR, but you will also receive ANC rewards as an incentive.

With the launch of bETH on Anchor, ETH stakers can use their stETH as collateral on the Terra blockchain. This allows stakers from one blockchain to participate in another blockchain in an efficient manner.

As Lido grows to offer more staking services across various blockchains, we hope to see Anchor Protocol integrate the respective staking token (whether that be stSOL, etc) into their protocol.